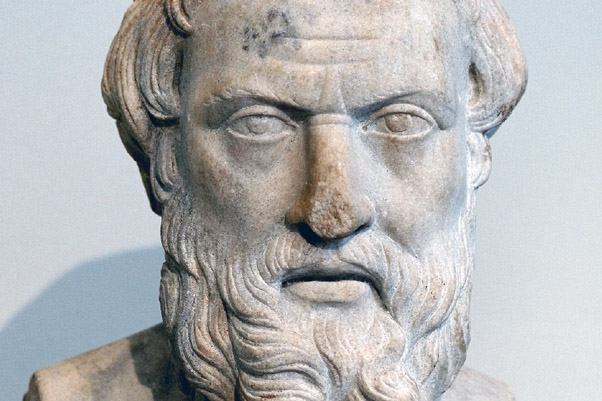 A man calumniated is doubly injured – first by him who utters the calumny, and then by him who believes it.

All men’s gains are the fruit of venturing.

As the old saw says well: every end does not appear together with its beginning.

But I like not these great success of yours; for I know how jealous are the gods.

Civil strife is as much a greater evil than a concerted war effort as war itself is worse than peace.

Death is a delightful hiding place for weary men.

Do you see how the god always hurls his bolts at the greatest houses and the tallest trees. For he is wont to thwart whatever is greater than the rest.

Force has no place where there is need of skill.

God does not suffer presumption in anyone but himself.

He is the best man who, when making his plans, fears and reflects on everything that can happen to him, but in the moment of action is bold.

How much better a thing it is to be envied than to be pitied.

I am bound to tell what I am told, but not in every case to believe it.

I never yet feared those men who set a place apart in the middle of their cities where they gather to cheat one another and swear oaths which they break.

If a man insisted always on being serious, and never allowed himself a bit of fun and relaxation, he would go mad or become unstable without knowing it.

If someone were to put a proposition before men bidding them choose, after examination, the best customs in the world, each nation would certainly select its own.

Illness strikes men when they are exposed to change.

It is better by noble boldness to run the risk of being subject to half the evils we anticipate than to remain in cowardly listlessness for fear of what might happen.

It is clear that not in one thing alone, but in many ways equality and freedom of speech are a good thing.

Knowledge may give weight, but accomplishments give lustre, and many more people see than weigh.

Many exceedingly rich men are unhappy, but many middling circumstances are fortunate.

Men trust their ears less than their eyes.

Men’s fortunes are on a wheel, which in its turning suffers not the same man to prosper for ever.

Of all men’s miseries the bitterest is this: to know so much and to have control over nothing.

Of all possessions a friend is the most precious.

One should always look to the end of everything, how it will finally come out. For the god has shown blessedness to many only to overturn them utterly in the end.

Remember that with her clothes a woman puts off her modesty.

Some men give up their designs when they have almost reached the goal; While others, on the contrary, obtain a victory by exerting, at the last moment, more vigorous efforts than ever before.

The destiny of man is in his own soul.

The ears of men are lesser agents of belief than their eyes.

The gods love to punish whatever is greater than the rest.

The man who has planned badly, if fortune is on his side, may have had a stroke of luck; but his plan was a bad one nonetheless.

The most hateful human misfortune is for a wise man to have no influence.

The only good is knowledge, and the only evil is ignorance.

To think well and to consent to obey someone giving good advice are the same thing.

Very few things happen at the right time, and the rest do not happen at all. The conscientious historian will correct these defects.

Whatever comes from God is impossible for a man to turn back.

When a woman removes her garment, she also removes the respect that is hers.