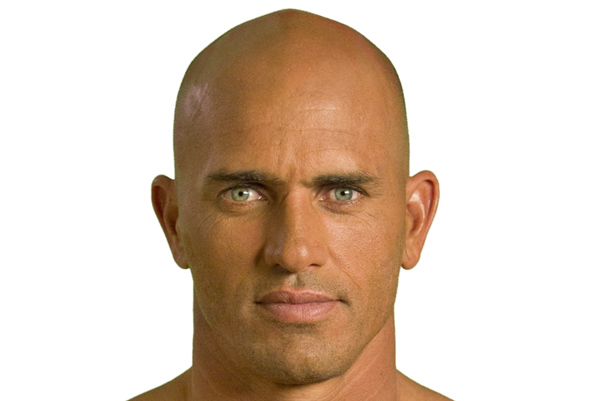 Big waves are a whole different ball game. You’re riding a wave with an immense amount of speed and power, generally over 10 meters. On the face of the wave, obviously life and death thoughts start to happen.

For a surfer, it’s never-ending. There’s always some wave you want to surf.

For me it’s sort of like time slows down. You become hyper aware of a lot of different things – the way the wave is breaking, timing, putting yourself in the right part of the barrel. It takes all of your mental capacity to do it just right.

Friends that were on tour with me 20 years ago, 10 years ago, are now family guys married with kids. They say ‘I can’t believe you’re still doing it, that you’re looking for waves every day.’

How do I carry on? With a cane.

I don’t ever want to get to the end and say I could’ve done this or that for someone. I think there are a lot of things right in front of us we either don’t know or are afraid to know the answers to. I think that’s why people seem more conservative as they get older.

I don’t know if fame has changed me.

I don’t want to change from who I am, but I’ve always wanted to become more aware of what life is all about.

I generally start my day off with hot water and lemon – to cleanse the body out after sleeping. I read about it and it seemed like a good idea. I drink a lot of coconut water, too. I generally stick with fruit in the morning. I make a lot of smoothies.

I have felt married to surfing and all it offers at times.

I just don’t think there’s much that’s admirable in doing publicity to try to sell something. I know you have to – but it’s a catch-22.

I kept a log of every heat I lost, and I would write at the bottom what I did wrong – ‘impatience’ or ‘catching too many waves.’ I would get mad at myself for missing a turn and I’d bang my head and fists against the board, head-butt it, cursing, ‘You stupid fuck!’ Only no one saw that, because I was out on the water.

I liked growing up in a small town but I also wanted to travel the world and see everywhere and meet people.

I look at it now and my surfing that won my first title would probably only be good enough to get me 30th place in today’s competition. It’s not even comparable.

I love waking up in the morning in Hawaii.

I think any kind of smoking is a really odd way to spend any time or money.

I think when a surfer becomes a surfer, it’s almost like an obligation to be an environmentalist at the same time.

I try my best to feed off of positive humans and learn from the interactions that I have with absolutely everyone.

I was lucky – a lot of people get addicted to pills, but I got addicted to surfing. Both are escapes. And now I equate my feelings about surfing with a certain kind of relationship, one where you’ve been abused and a girl comes along and heals the scars and puts you back on your feet. And suddenly you wake up and think, ‘do I really love this person who healed me? Why am I even with her?’ Surfing is like that girl, and now I want to see if I even like her.

I’d love to live to 120 years old and be really healthy.

I’ll tell you. Golf is the greatest game in the world.

I’m getting pretty good at getting away from signings.

It’s all about where your mind’s at.

It’s funny because depending on the day or where we are, my favorite surfer is either Andy or Bruce.

It’s like the mafia. Once you’re in – your in. There’s no getting out.

Matt Kechele was a huge influence, but when I was about 8 years old I started really looking up to Buttons. Tom Curren, too, once I grew even older. Buttons was my guy though. I thought he could go upside down under the lip and stay on his board. That was the future to me.

Music is comfort to me.

My parents, brothers and friends were all really important. Then my heroes, too – the guys I looked up to. Parents start it all for you, though.

Now it seems that every famous girl I know, I’m supposed to be sleeping with. Pretty lame.

People should focus more on basic form, the shoulder line and balance, which no one talks about, and study board shaping and wave and wind patterns.

Shane Dorian is probably the biggest push for me. We’ve always psyched each other up for all sorts of waves, from tiny to huge, and we just pushed each other mentally.

Sometimes if you have second priority you can kinda be in control because you’re forcing the guy to make a decision to catch a wave or not instead of waiting for him to.

Surfing is my religion, if I have one.

Surfing is the best way to wake up.

Surfing was good to me for a long time. It took me away from my parents fighting constantly and getting divorced when I was 11. And from my anger at my dad. He drank a lot – I’ve seen him almost kill me in a car. I was always scared, when I was younger, to talk to him about the… drinking.

The barrel is really the ultimate ride for any surfer. It’s the eye of the storm. Some guys say it’s like being in the womb.

The fun and the challenge of it never really go away. There’s always something there to put you back in your place.

The joy of surfing is so many things combined, from the physical exertion of it, to the challenge of it, to the mental side of the sport.

There’s a ton of places I want to surf still.

We sold at least four copies, but I haven’t really checked. I love to play music.

What’s life worth? Life’s worth experiences and it’s worth the people in your life too. I’m sure it’s different once you have a partner in your life or kids – maybe that one wave’s not that important any more.

When I was eight or 10 years old I didn’t know that I could have a career from surfing. There were pro surfers who were my heroes, but those guys weren’t rich. They were just surfing and traveling and that’s really been the goal my whole life.

Yes, it was special – they all are – but ten is just a number. It wouldn’t exist without all the others.

You have to walk before you can run and surfing small waves is surfing’s equivalent of walking and crawling.

You know, I won the world title when I was 20 and when I was 25 and nobody ever asked me whether I was going to quit. It’s not like my surfing has declined. If anything, it’s got better. It’s strictly an age thing.

Your surfing can get better on every turn, on every wave you catch. Learn to read the ocean better. A big part of my success has been wave knowledge.