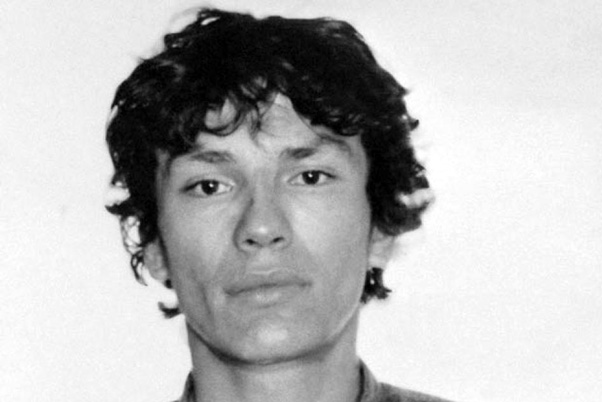 Big deal. Death comes with the territory. See you in Disneyland.

Even psychopaths have emotions. Then again, maybe not.

Everybody has got good and evil in them. I’d like to be 100% evil, but I can’t. I’m too easy-going sometimes. Then again, while anger and hate are two things some people can cope with, I cannot. My anger and hate grow to a level that I cannot live comfortably with it.

Evil has always existed, the perfect world most people seek shall never come to pass and it’s gonna get worse.

For some serial killers, sure. For some it is the very act of killing another human being that is-that-uh-that is sexual to them. It’s a bloodlust, I guess you can say.

Going to the trial was very tiring for me, but I did enjoyed it better than sitting in a jail cell. That could be very monotonous. Did I enjoy it? Hmm. No, not particularly. I would have rather been on the beach or something.

I believe in Satan. I believe evil is a force that is beyond us, and that we just have to invite him in, and he will.

I don’t believe in the hypocritical, moralistic dogma of this so-called civilized society.

I don’t need to hear all of society’s rationalizations, I’ve heard them all before and the fact remains that what is, is.

I doubt anything short of a miracle would change me.

I gave up love and happiness a long time ago.

I love to kill people. I love to watch them die. I would shoot them in the head and they would wiggle and squirm all over the place, and then just stop. Or I would cut them with a knife and watch their faces turn real white. I love all that blood.

I read suspense and horror, somethings that intrigue me. I have always been fascinated by death.

I want the electric chair. They should have shot me on the street. I did it, you know. You guys got me, the Stalker. Hey, I want a gun to play Russian Roulette. I’d rather die than spend the rest of my life in prison. Can you imagine the people caught me, not the police. You think I’m crazy, but you don’t know Satan.

I’m one angry motherfucker. I just hope all those who are deserving will get what’s coming to them. I’ll just leave it at that.

I’ve killed 20 people, man. I love all that blood.

Killing is killing whether done for duty, profit, or fun.

Normal, ordinary people do not think like a serial killer. They have no conception of what is going on in a killer’s mind, how he operates.

Nothing in existence holds any terror for me. When I was sentenced to death, it didn’t hold anything for me.

Of course I did it, you know that I’m a killer. Give me your hun, I’ll take care of myself. You know I’m a killer, so shoot me, I deserve to die. You can see Satan on my arm.

One time I told this lady to give me all her money, she said no. So I cut her and pulled her eyes out. I would do someone in and then take a camera and set the timer so I could sit them up next to me and take our picture together.

Religion played a big role in my life.

Satanists need to have more faith than Christians, because Christ was seen and felt. Lucifer has never felt the need to be seen, but in everyone’s soul he can be felt.

Serial killers do, on a small scale, what governments do on a large one. They are products of our times and these are bloodthirsty times.

Tell Satan you love him.

The sex drive is the most important and powerful behavior in mankind.

There’s blood behind the Night Stalker.

We’ve all got the power in our hands to kill, but most people are afraid to use it. The ones who aren’t afraid, control life itself.

What Satan means to me. Satan is a stabilizing force in my life. It gives me a reason to be; it gives me-an excuse to rationalize. There is a part of me that believes he really does exist. I have my doubts, but we all do, about many things.

You maggots make me sick, I will be avenged. Lucifer dwells within us all.